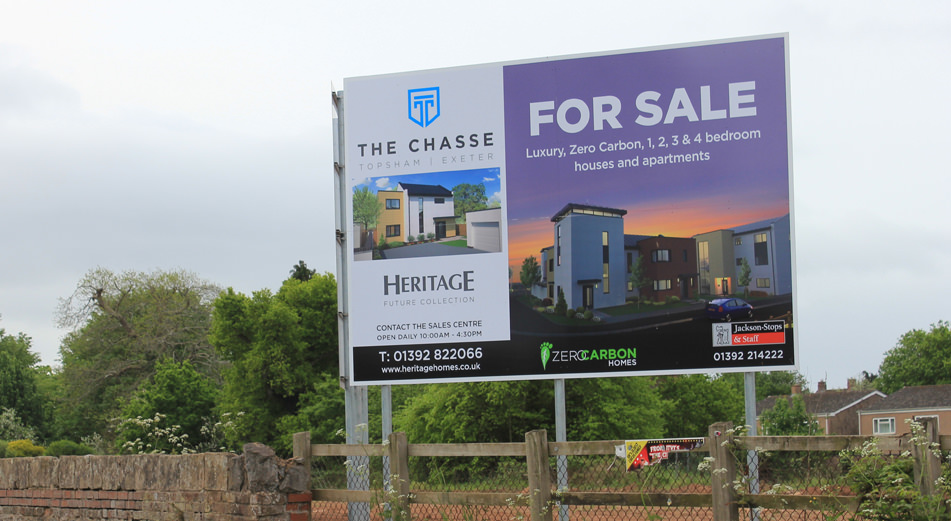 Topsham is undoubtedly one of the region’s most desirable places to live and has been fiercely independent from Exeter. With much well preserved, marine inspired architecture and characterful narrow streets, it is hardly surprising that it has retained so much charm. Separated by farmland through which the M5 motorway crosses, it has maintained its independence from nearby Exeter since Roman times. However, this independence is now threatened by a proposed housing development in the Exeter-Topsham Gap.

As our government looks for more sites to develop into housing, locations which were unlikely to have been built on 10 or 20 years ago are now seen as prime development land. The fields between Topsham and Exeter fall very much into this category. In this day and age, it is perfectly normal to build houses on the edge of a motorway with the full knowledge that the properties will still sell like hot cakes.

Even the local council agreed that the development wasn’t necessary or desirable for the city, so the current application, which includes 55 retirement homes, was turned down at local level. As has become normal in such applications, the developers used the appeal procedure to get a second opinion. The independent planning inspector did not agree with the local decision, so overturned Exeter City Council’s decision. Clearly the local planners are not happy.

According to Exeter City Council’s own website, Head of Development, Richard Short believes the decision is “illogical” and unnecessary as Exeter is more than meeting its targets for the supply of new homes.

“At 600 homes per annum we have over 8 years housing supply,” said Mr Short, who added that the Council has a stockpile of planning consents, with planning permissions granted accounting for the delivery of over 5,000 new homes, 5,600 when you include student accommodation.

Whilst there is still opportunity for Exeter City Council to appeal the decision, they have not yet made a statement about their intentions. The prospect of having to fund a legal battle is likely to be enough to prevent this course of action, leaving the people of Topsham to swallow this disappointing invasion their beautiful town.