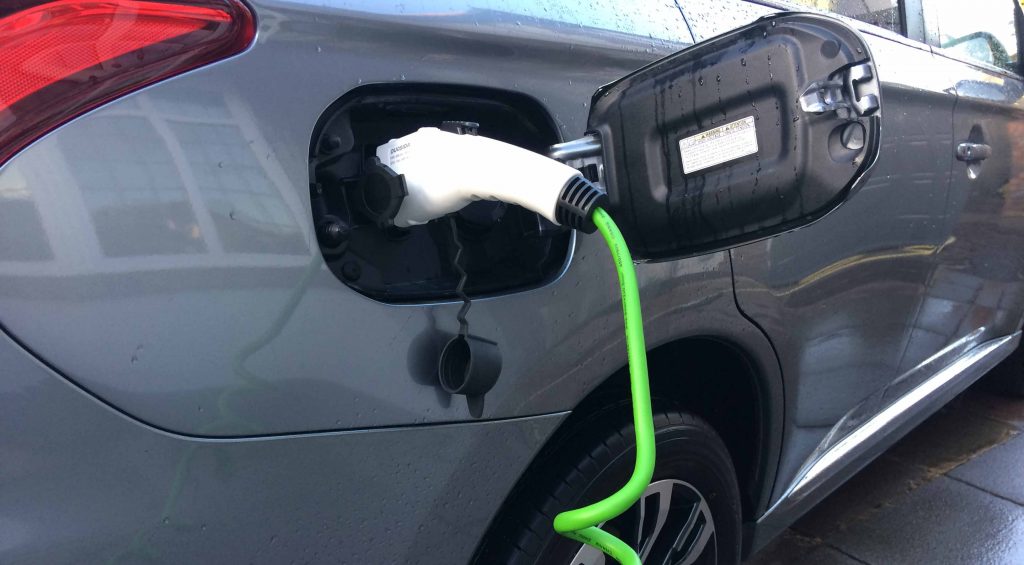 Why your Driveway could be an appreciating Asset

Southgate director, Jonathan Newall talks about electric cars and their influence on the price of your home.

You might be correct in noticing that having your own parking space is becoming increasingly important in many areas, as parking becomes more difficult and more expensive.  But there is a more significant reason why a good driveway could be of far greater importance in the future.  The advent of hybrid and electric cars is here, so having somewhere to charge up is going to be vital.

Whilst the vast majority of new cars are still ‘oil burners’, around 2.7% of new cars are now either plug-in Hybrid or fully electric.  And this figure is rising fast, as we start to think about our impact on the environment.  Sales of electric vehicles have increased by more than 30% since 2017 and there are now more than 200,000 plug-in cars on the UK roads.  If our politicians get their way, by 2032, the sale of new petrol and diesel cars will be banned completely in the UK.  Electric cars are starting to take hold and that is unlikely to change.  Within 10 to 15 years, it is likely that the majority of cars will need charging up between use, so having somewhere to charge them will be massively important.

For those who have not yet experienced the electric car, how they work in practise remains a mystery.  I myself was dubious, even as an engineer, who worked previously for a consultancy specifically working on automotive drive-trains to reduce fuel usage.  Most electric cars are limited on range, so were not going to work for myself.  I plumped for a plug-in hybrid, which charges up in around 4 hours, before doing the first 20 to 30 miles on electric, after which the petrol engine takes over.

The driving experience takes a bit of getting used to.  For a car enthusiast, the driving feel is a little detached.  It doesn’t make a proper car noise most of the time, which is disconcerting at first.  But, I can go for 2 or 3 weeks between filling up the tank, which takes only around £45 to fill from empty.  I thought the plugging-in would be frustrating, but it’s something that you get used to very quickly.  It’s got free road tax too and should I wish to drive into central London, then there is no congestion charge to pay. Having owned this car for 4 months, I’m a convert.

If I didn’t have my own driveway, it would be a different story. Plug-in hybrids are not good if you cannot plug them in.  Most of the time, I average more than 100 miles per gallon, but when the battery runs out, this drops right down.  On a long journey without charging up, I’m lucky to average 36 miles per gallon. This is hardly surprising given that I am driving around in a 2-ton SUV with two giant electric motors and a hefty battery pack in the back.  If I couldn’t guarantee being able to charge up, it would be far worse for the environment than my previous typical ‘oil-burner’.

My point here is that electric and hybrid vehicles need somewhere to charge.  I’m lucky enough to have a charging point near my office and my own private driveway, so charging is rarely an issue.  But if I lived in a house without a driveway, I would not be driving a rechargeable car.  In ten years’, time, when half the cars on the road are likely to need charge points, I can foresee that people will find themselves moving house to have their own driveway. Parking rage is soon to be replaced by charging rage, as electric vehicle owners fight to charge up so they can use their cars.

If you read some of the electric vehicle forums, stories are frequently coming out about drivers having to wait hours for fast charging spaces whilst others leave their cars there whilst they go shopping for hours on end.  There are also frequent pictures of extension leads exiting windows and lying across pavements, just waiting for someone to trip up.  The current situation is clearly not ideal for eco friendly drivers who live in terraced houses and flats.

Of course, you will probably be able to charge up elsewhere by the time electric vehicles become the norm.  Petrol stations will replace some of their pumps with 20-minute fast chargers and public car parks will increase the numbers of charging spaces.  There are also likely to be charging points installed along the pavements in many locations, although it is likely that these will charge premium tariffs. But no matter how you look at this, having your own private space is going to be invaluable and even in areas where parking is not a problem, finding somewhere to charge could be trickier.

One other positive fall-out from the introduction of electric cars that could affect property prices is their beneficial effect on noise pollution and air quality.  At low speeds, electric cars are almost silent and it is my prediction that increased noise restrictions will be a focus for legislators over the coming years. Homes that are  currently affected by high levels of noise and fumes could become much more desirable when the passing traffic gets cleaned up.

So when people ask me what is likely to be important in the future in choosing housing, private allocated car parking is likely to be near the top of the list.  Your driveway could become a very valuable part of your property, even if you’ve never used it!

About the author: Jonathan Newall studied in mechanical engineering at Cardiff University and after completing a PhD in lubricant modelling, worked on a variety of projects, mainly involving transmissions and gearing.  Before moving into estate agency in 2007, he spent 6 years working for an eco-friendly automotive transmissions company, looking at how energy is lost in vehicle drive-train components.